Where To Retire, Why We Chose The Mornington Peninsula 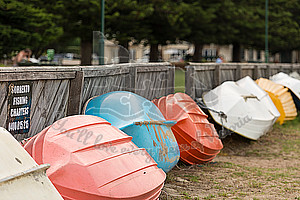 You were one of the first ‘seachangers’ when you moved to the Mornington Peninsula some years ago. Where did you move from and why?
I lived in Mentone and my wife lived in Middle Park. I had been working for the S.E.C. in Prahran and was offered employment with a consulting engineer/surveyor in Frankston the year before we married.

The opportunity to work and live near the beach appealed to us.

Jo, my wife, would have had to resign from her job Melbourne as a secretary when she married. Se started title searching part-time for my employer and expanded this work for other clients. We lived in a flat on Nepean Highway in Seaford for two years until our first child was born when we moved to Frankston East. We remained a one income family after that.

What are some of the advantages of living on the Mornington Peninsula?
The beaches, the coastline and the hill country of the central peninsula.
Living in Frankston we have the beach at our feet and it’s only a short trip to the surf beaches and fishing spots on the peninsula and in Westernport Bay.
We enjoy live theatre and it’s only 50min. from home to a parking spot at the Spring Street end of the city near the theatres.

Our favourite spot is Pt. Leo. Relatively safe for swimming for the children when they were growing up and moderate surf over the reefs as they grew older.
I enjoy spearfishing and Pt. Leo provides a diversity of fish habitat.
In the 70’s the beach was relatively unknown but it has become more popular over the years. Fortunately it’s still not as crowded as those at Sorrento and Portsea.
Balnarring, Somers and Flinders have safe bayside beaches while Gunnamatta, Portsea and Sorrento have exciting surfing conditions and good beach and rock fishing. The coastline from Flinders through Cape Schank to Portsea is spectacular. We have never been great fans of the beaches in Port Phillip Bay they are generally too shallow.

Mornington township is a favourite afternoon outing, browsing the shops in the Main Street and enjoying a coffee and a snack at any of the restaurants.

What’s the climate like?
Compared to Melbourne it is cooler in summer and warmer in winter.
Frankston seems to sit in a rain shadow. Storms frequently pass to the north and south of us. The lower end of the peninsula is much cooler in scorching summer weather. There is a notable rise in temperature as you cross over the ridge at Mt. Eliza on your return from the southern beaches

And…some of the not so good things about living where you do?
There has always been a problem in finding employment in the area and the problem seems to have increased in recent years.
Crime, particularly burglary, and drug related problems are on the increase.
When we bought our house, (for $11,000 in 1965), our small court contained families who owned, or were buying, their own home. Now the majority of the residents are tenants and they take less care in the maintenance the properties in which they live. We are currently painting and renovating with a view to move to a smaller property within a few years. We expect to remain in the Frankston or Mornington areas.

What activities (and hobbies) are you involved in?
*Music – playing, transcribing and arranging.
*Watercolour painting.
*Genealogy.
*Cycling.
*Spearfishing and line fishing.

Jo, is involved in walking groups and water aerobics.
Her interests are cryptic crosswords, jigsaws, reading and gardening.

Do you think that all age groups are catered for in your area?
Frankston was relatively small town when we moved here with few facilities.
Now it is more like a provincial city with two large shopping centres, many sports fields, several hospitals and most services.

Activities for the youngsters include two adventure playgrounds at Ballam Park and on the foreshore south of the pier. This year the council has constructed a skateboard park behind the TAFE college. There are numerous sporting opportunities for the juniors and teenagers including the yacht club, lifesaving club, athletics, football, soccer, cricket, basketball and netball clubs. Of course there is always the beach.

For the more mature there are two local art societies, bowling clubs, golf courses, swimming pools and walks through parklands, such as the George Pentland Gardens, Ballam Park, the Langwarrin Flora Reserve or along the foot/bicycle path beside Kananook Creek and the boardwalk from the pier to Olivers Hill.

Frankston has an excellent cultural centre where concerts, theatrical performances and art exhibitions are held regularly.

On the Peninsula the monthly craft markets held during the summer at Balnarring, Mornington and RedHill.

There are many doctors, dentists and medical specialists of all types within the city.

Adult education is provided by the Chisholm TAFE college in the heart of town and at community centres located in Karingal, Langwarrin, Seaford and North Frankston. The large library attached to the cultural centre has a local history/family research section.

In summary, virtually all services are available in Frankston including the regional offices of Centrelink for pension queries and the RACV for travel planning.
All the major car brands have service and spare parts centres. 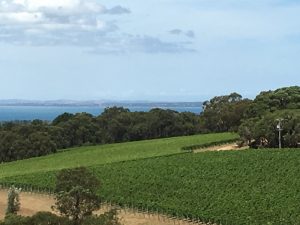 How do you cope with the influx of tourists in the area each summer? (ie: are they a problem?)
Frankston is not a major tourist target but the traffic passing through and beyond can be a bit daunting if you travel the roads on the Port Phillip Bay side of Peninsula during the height of the summer holidays. With a bit of local knowledge it is possible to avoid the crush by using lightly trafficked back roads or by restricting our travel destinations to the Westernport side of the peninsula during the peaks.

Any tips on great restaurants and cafes?
The Boathouse Gallery Restaurant on Nepean Highway about a kilometre north of Frankston is a top spot.

On the opposite side of the highway the Via Mare combines great Italian food with excellent service.

Also on the highway between Playne and Daveys Streets the Seagull is an unpretentious restaurant specialising in Greek cuisine.

Anything else you would like to mention?…..
We made the decision about retirement location when we bought our first house in a coastal town but I guess the best time to move would be when your children reach adulthood or leave the home.

For most couples this would be when they reach their late 40’s, early 50’s giving them enough time to build up a network of friends, health services and reliable tradesmen in the area well before retirement.