What Will You Actually Do In Retirement? 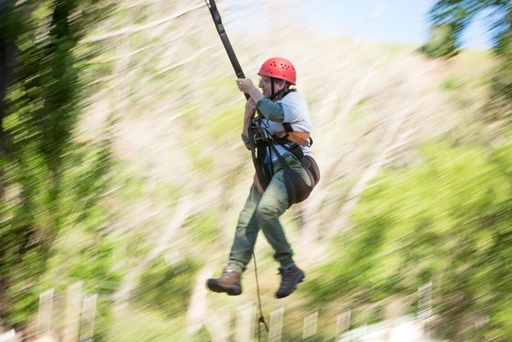 What will you do in retirement? For many, the lure of travel, spending time with family and friends, and exploring new activities and events are at the top of their ‘to do’ retirement list.

Reports abound reminding us that we could spend 20 or 30 years (or maybe longer) in retirement. However, an article by Elizabeth Henderson in The Sydney Morning Herald had the headline ‘Retirement will disappear like the fax machine’.

It may ‘disappear’, but there has been a trend emerging in Australia for some time.

It seems that the concept of retirement has been changing. When we—my husband, Owen, and I—were writing one of the editions of Where To Retire In Australia, one of the questions we asked was, ‘If you moved to a location to retire, and still wanted to do some work, would there be part- or full-time work available? Is there scope to establish a profitable hobby or business? What types of volunteering exist? Does the local council offer support to small business?’

At each location around Australia, we were referred to people who had retired and had established profitable hobbies or small businesses or were working part- or full-time.

The reasons for not retiring in the traditional sense varied: from not liking retirement, to wanting to keep busy, to supplementing retirement income, to being involved. Some people referred to the income as ‘play money’ or a ‘play cheque’.

We wrote 101 of the stories of people we had met around Australia in Retire Bizzi. Most had started carefully, and some had preferred to keep their hobby or business small, whereas others had grown their interests. They hadn’t risked their retirement savings.

For some, the thought of working in retirement is an alien one, particularly if people have had a stressful and/or physically demanding job. Others, however, still want to use their skills and experience in a meaningful way.

Networking with and telling people that they wanted to work, helped some retirees find work. Woody Allen is attributed to saying that ‘80% of success is showing up’. One couple we met made use of their contacts to create a different business. This Victorian couple ‘babysat’ businesses for others who needed a break or needed extra help in their work.

Mr Retired had a background in manufacturing so they started in that area. Sometimes it involved simple tasks such as opening mail or checking on staff and orders, at other times it meant being involved ‘boots and all’. Their services became so much in demand they nearly missed their annual holidays, so they scaled back. Their skills, experience, and wisdom were in demand.

We came across a woman who came from Europe to Australia. She liked Australia so much she emigrated. She had difficulty finding work and discovered that her age and accent were not helpful. Rather than being deterred she started taking tourists on walking tours of her city. The business developed from walking tours and eventually employed 10 people who spoke several languages.

‘The customers like my age and accent!’ she told me. Many of her customers came from Europe and were retirees.

Such stories are inspiring. It’s not easy finding work in later years, but turning our passions into something that creates a ‘play cheque’ (or perhaps something larger) may interest many. It’s certainly something to think about before retiring.

One thought on “What Will You Actually Do In Retirement?”