The Company That Employed The Experienced Person! 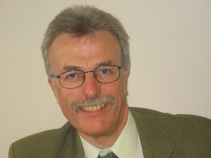 By Graham Cooke
As a journalist I moved around a lot in my early years, from England to Northern Ireland, New Zealand and Australia. When I reached the Canberra Times in 1980 it was my sixth job in 16 years and I had no idea I would be there for almost the next quarter of a century.

And for most of that time it was a good experience. The Times was part of the Fairfax organisation in those days and was fairly well resourced. It covered the national and international scenes very well, won United Nations prizes and appreciated the skills of its experienced journalists.

After a spell as a sub-editor and sports writer, I went on to general news and then feature writing in the 1990s. The latter job, which also included covering the diplomatic round, was heaven: lots of interesting people, intriguing stories and the opportunity for a fair bit of overseas travel. I mixed in well with my contacts, wrote lots of stories, not a few of them exclusives and generally had a fun time. I could see myself staying there until I retired – the only trouble was, with that job I would never want to retire!

The better things are the worse the come-down. While I was busy with this great job, the Times had a succession of owners – from Fairfax to Consolidated Press to Kerry Stokes in Western Australia and finally to Rural Press. The earlier changes hadn’t really affected the philosophy of the paper, or the way it did things. With Rural Press it was going to be very different.

I’m not going to use this as a platform to knock the company. It owns a lot of news outlets and obviously has a formula which it regards as very successful. Suffice to say that formula, when introduced to the Times, resulted in a very different style of newspaper to the one I had worked on and loved for so long.

The diplomatic round was downgraded and I was eased away from features back to general reporting. The emphasis also changed from what I thought was a good mix of local, national and international news to a heavy emphasis on local – you could almost see the editorial executives’ eyes glaze over if you mentioned anything outside the immediate circulation area. The stories that excited them, and the ones they wanted from me, were similar to those I covered in my early years in journalism almost 40 years previously.

Time to move on but, in my mid-50s, to where? Whatever the Prime Minister may say about the value of older workers, when it comes to the real world, you don’t get much of a look in when you’re competing with a 30-year-old. The feeling is that they are on the way up, while you are washed up. It takes a very special employer to look across the divide of generations and glimpse the worth of the individual behind the banged up Baby Boomer.

After a couple of years of searching (two interviews, a dozen rejection slips and some organisations not even bothering to let me know they weren’t interested) I finally found that rare employer in the Housing Industry Association. From its point of view hiring me as their national media adviser must have been a gamble – I had not worked on anything other than newspapers – but I believe they will now be looking at it as a gamble that has paid off.

I’ve been here for 18 months and got a pay rise (without having to ask) after my first year. I’ve had only praise for the work I am doing, and while I have had to get used to the different pace and approach to issues that come with the changed role, in the end it’s still translating what people say into the written word, something that has never been a problem for me.

So here I am in my 60th year, well settled into my seventh job after more than four decades in the workforce. As for retirement – the former editor of the British Daily Telegraph, Bill Deeds, is still writing columns for the newspaper in his 90s so I’ve got a way to go yet.

Will I move again? Quite possibly. One thing this experience has taught me is that doors still open for older workers – you just have to shove a bit harder.