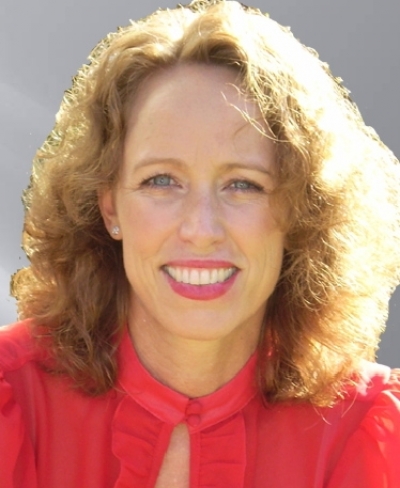 Founder of Success beyond Sport, Annette Lynch, (as Huygens-Tholen) represented Australia for 15 years in Indoor and Beach Volleyball and is a 2000 Olympian. She has written a book called ‘Success Beyond Sport’

What are some of the major challenges facing Olympic athletes when they retire?
A loss of an outlet where they have a chance to ‘win’, and get regular feedback on being good at what they do – this fulfils a need for significance. Everyone has this need, and an athlete is used to getting lots of it.

A big problem is the loss of identity – “who am I” if I’m not an athlete; and some stay stuck in the ‘I’m just an athlete’ identity, which can limit themselves from going on to other things.

They might lack goals or lack direction – there main focus might be on what they are not doing (playing sport) versus what they do now. They might also limit their goals – after dreaming of Olympics and world championships, they might not think of dreaming big in life after sport. They might not believe themselves capable of big things beyond sport.

Do all athletes have the same challenges?
Everyone has their differences, but I think the above problems are faced by all – they might just not talk about it. Athletes who have to retire prematurely due to injury or loss of form, have their own challenges – resentment, regret, unfulfilled dreams – this might keep them holding onto the past.

Can some athletes just walk away and start something new?
I think it’s possible. If they have done everything they could, accept that that’s the end, and are completely focused forward – new goals, new passion, new dreams.

How old is ‘too old’ for sportspeople?.
If the body is willing and able, then I don’t think anybody has to be limited by ‘too old’. All people when playing a sport have to consider their fitness (strength, agility, aerobic capacity) to participate. A fitness test or medical check-up would be advisable to reduce risk of injury.

What are some of the ways that retiring Olympians can start to prepare for their new life?
Same for anyone – dare to dream again. Think about what you’d really love to do and are prepared to do. It’s no use saying you want to take up an occupation if you’re not prepared to do the work to learn it and become accomplished. Start working on new skills or building knowledge while still playing sport.

When should this planning take place?
I think athletes can be well-served by planning for life beyond sport while still playing – ideally a couple of years – to do study, learn skills, so that one can transition to new role, rather than feeling like starting at very beginning.

Do older Olympians find it harder to retire than younger ones?
Athletes will play as long as their body is willing and able. If they are still able to perform, and still love their sport, then no need to retire. Much like someone who loves their work might not retire at 65.

Does retiring differ depending upon ‘how’ you retired?
Absolutely, as per response to Q2. It’s much better when you get to choose your life and retire on your terms.

What are some of the things Olympians have ‘replaced’ their sport with? Have they, generally, been successful?
Anything and everything – media work is popular. Athletes are popular with recruiters for executive/sales jobs because of their motivation and goal orientation – doesn’t work out so well if athletes do this only because someone said they should, and they are not passionate about sales. Franchises, real estate. I think athletes can make great entrepreneurs because they have been very good at making a business of themselves and sport. They just have to learn to apply this to a new business.

……..and anything else you would like to add
I think a big challenge that retiring athletes have, is the feeling that they are the only ones going through this, and that they should be able to cope. Their ‘fighting’ spirit keeps them tackling the problem on their own rather than seeking help. Studies have found that 80% of athletes suffer from some form of depression or mental anguish on retirement. It would be better if more discussed it, to address the problem head on.

Jan 29, 2023 Traveller
Ask An Expert Housing Where To Retire In Australia

A Great Place To Live, Retire or Treechange