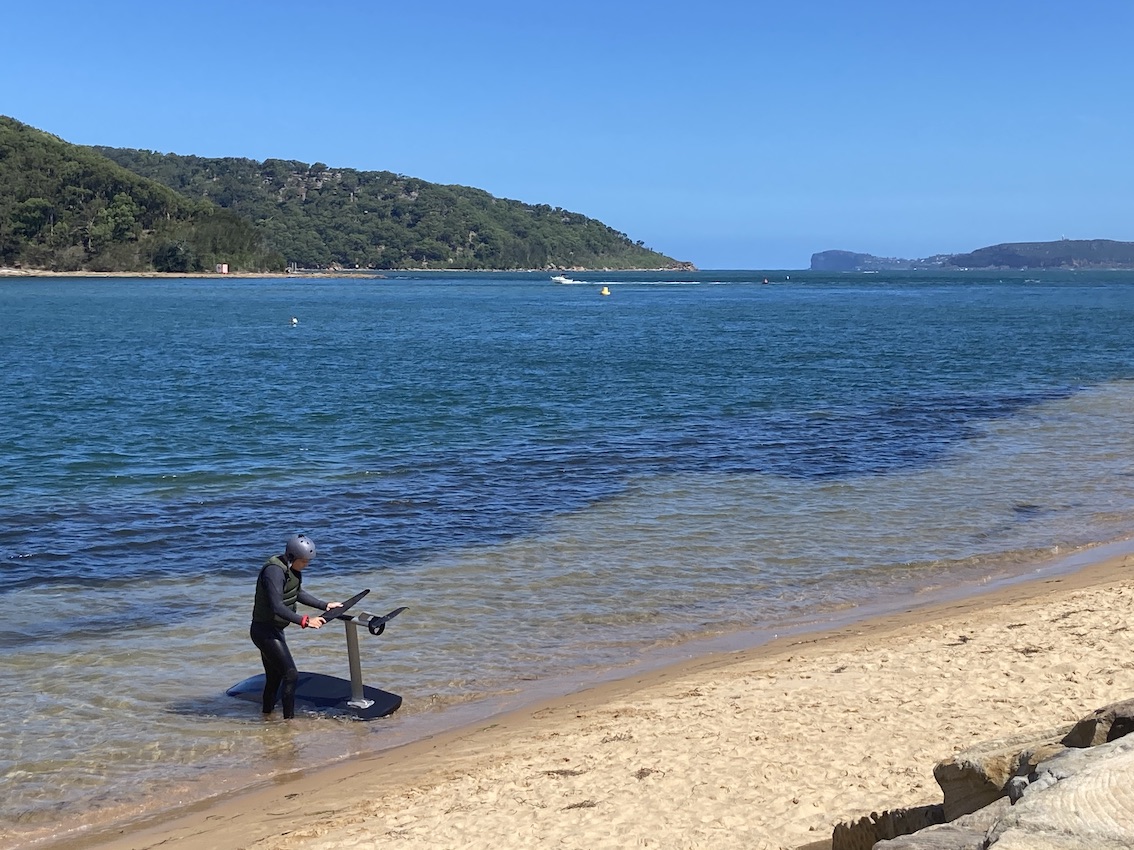 The Central Coast of New South Wales is around 90 minutes north of Sydney.  It’s an area that has much to offer. The beaches, lakes and rivers are magnificent. The towns and villages have a laidback feel, and there are many activities to enjoy – on the coast or inland.

There’s restaurants, cafes, markets, as well as many water sports to enjoy.

The natural environment is also a major drawcard.

The total area is around 1850 square kilometres.

Within the Central Coast is an area called the Peninsula District. This includes Blackwall, Ettalong Beach, Umina, Booker Bay, Patonga and Woy Woy.

The Peninsula District is also a popular place to live and retire.

The .id community says that it is estimated that the Peninsula District has a population density of 828.4 persons per square km.

What’s It Like To Live In The Peninsula District?

Geoff Ross moved from Castle Hill to a life on the Peninsula some years ago. Geoff retired, with a distinguished background in large retail stores (including one with the ’Go Harvey’ motto).

He was then asked by a friend to have a ‘hobby job’ with a removal company for 6 months (their motto: ‘Everything you need for your move’). The half year job turned into six years.  This was not surprising considering Geoff’s skills and experience.

Geoff had a large house. His children had moved. He says it was time to think about ‘where to live’.

He started to look for a weekender on the Central Coast.

‘It’s not far from the kids and grandkids’, says Geoff.

It takes around 1 hour 10 minutes to get back to Castle Hill. It’s not too far for Geoff to visit his previous suburb.  He, for example, can still visit medicos and mechanics in Castle Hill.

As an option, the train to Sydney takes around 1 hour 20 minutes.

What Are Some Of The Advantages Of Living In The Peninsula District?

Geoff says that getting away from the traffic of his old home was a big attraction of the Peninsula.
*He liked the village atmosphere, that was slowly being developed.
*‘There’s only three ways into the Peninsula’.
*The weather is ‘pretty good’, the only wind is north-west (and that’s not too often).
*It’s out of Gosford.
*There are 4-5 clubs nearby (social clubs where you can meet for a drink, a meal, a catch up).  Some of the clubs, such as the Diggers Club, have regular shows that are good value.
*There’s lots more coffee shops.
*Atmosphere is relaxed.
*Bouddi National Park is good to visit.
*Patonga and Pearl Beach are ideal for walks at low tide.
*Geoff’s location is just two minutes away from the Palm Beach ferry (and I can vouch that is an interesting trip to do ).

What Are Some Of The Challenges Of Living In The Peninsula District?

No district is without some challenges.
Geoff says the challenges in his area include:
*Potential development
*No major retail (need to travel into Gosford)
*Some roads need fixing up:  (‘I’m not drunk just avoiding potholes’) is one saying.
*Some medical procedures need to be done elsewhere.
*Becomes very busy on weekends.

Geoff’s Airbnb was started by ‘accident’. He had bought a home that had an ideal room for conversion.
With his Airbnb in hot demand, Geoff doesn’t have a lot of time to spare, but it does allow him to travel a bit.
One of his regular guests (17 stays so far) says the Airbnb of Geoff is so popular that he has trouble booking in!

What Does Geoff Miss About Living In Sydney?

However, Geoff loves living where he does:
‘I should have done this years ago’.

Jill Weeks has been an educator and author for many years. She is the author of 21 Ways To Retire, which gives insights into how 21 Australians from different backgrounds adjusted to retirement. She is also the co-author with her husband, Owen, of several editions of Where To Retire In Australia and one of Retire Bizzi.

Oct 5, 2021 Traveller
Where To Retire In Australia