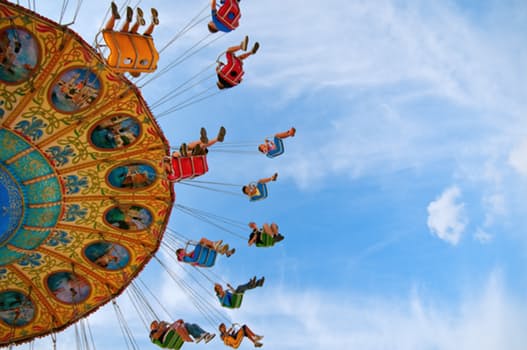 Do you know someone that suffers from ‘Relevance Deprivation’ or the ‘I Used To Be’ syndrome? These are the people whose working lives have shaped them to such an extent that they haven’t been able to leave work behind. It doesn’t matter if they were a CEO of a multi-national company or a blue collar worker, the day after some people retire, they have lost their ‘title’….eg: ‘Chief Widget Maker’, ‘Top Banana’, ‘Second Banana’ and so on.

They may be able to ‘retire’, but can they ‘leave work behind’?

It’s interesting to ask a person, ‘what do you do’. Some will say ‘I do many things’, others will say, ‘I’m retired’, whilst others say, ‘I used to be’, thus implying they have lost a lot of their spirit and ‘get up and go’.

For many of these people they see their age being the main determinant of how they should behave and what they should do. Messages in the media of how ‘retirees’ ,people over 65 should behave are keenly noted by those who are unsure of what they are going to do. Have you ever heard people say, ‘Oh Frank at your age…..’, or ‘You should be slowing down….’ and so on.

As Dr Francis Macnab says:
“Chronological age becomes the critical criterion for what is possible. This belief has been widely accepted without qualification’. ‘
Wisdom and Contentment’: (p. 72)‘

When writing Retire Bizzi, we came across hundreds of people around Australia who had not liked ‘retirement’, or had wanted to do ‘something else’ and had established small businesses or profitable hobbies. They had passion and purpose. Money was not necessarily the main objective.

Having sufficient funds in ‘your next life’ is obviously important, but studies have shown that it is not the main factor in determining happiness.

Bill, for example, had retired was financially secure, and had moved to a warmer climate. For a time he was quite content in retirement. As time went on, however, he found himself increasingly bored: He took hours to read the newspaper, he was first on duty at the bowls club, he had renovated just about everything around the home and found himself at the ‘home bar’ on many afternoons. He became snappy with his partner, and she kept telling him to find ‘something to do’. It was while he was reading the newspaper one day that he ‘did find something to do’. He rang and made an appointment, and soon it wasn’t long before he had a job.

It was a far cry from his white collar work….it was as a Brickie’s labourer. The hours were from 6.30am until 3pm. His partner was not impressed. ‘What would their friends and neighbours think’? However, soon she was getting up early to pack his lunch….just as she had done years before.

Bill loved his work, he loved the young people around who called him ‘Pops’ and kept him up to date with the latest fads, and who also treated him as an ‘unofficial’ Mentor. He kept the job for 12 months, until he found another less physically taxing job.

Whilst not everyone wants a manual job in their retirement, Bill’s story illustrates how the money was not everything. For Bill, having a reason to get up in the morning is very important, having a purpose, socialising with others of different ages was important.

Richard Leider and David Shapiro say, ‘Vital ageing in the second half of life depends on the three M’s: Money, Medicine and Meaning’. “Money” is obvious: We need to have the financial wherewithal to provide for ourselves and , with any luck, to be able to do some of the things – travel, take classes, enjoy life – we may have out off until the ‘right time’. “Medicine” refers to health; and as often noted, older adults today are, by and large, healthier than at any other time in history, “Meaning”, however, is the missing key for many people. They have the money and the medicine, but they just don’t have a powerful sense of purpose – a reason to get up in the morning. Money and medicine will not inform our spirits and make us whole’. ‘Something to Live For’ (p.79)

Have you ever met people called the ‘When We’s’? They are often living in the past. They’re the ones who frequently say,
When we were living in….’
‘When I used to be’,
I’II do that ‘when (I’m fitter, richer, the kids aren’t around, we move, I don’t have pets……). They are a bit like the ‘If People’. ‘If this happens, if that happens…..then…..’
They may tell you of their plans….BUT never do anything about them!! They’re also known as The ‘Gunnas’

Dr Macnab says we must be vigilant as we get older:
‘Older people , as they approach retirement, are socially conditioned to a preoccupation with their life-review, with retrospective commentaries and a need to show that the ‘report card’ carried in the baggage from childhood, when suddenly reproduced, looks acceptable’.
Wisdom and Contentment (p. 72).

Over the years, in interviewing many, many people, there have been certain characteristics that have showed to be good coping skills with their ‘next life’.

A willingness to try new and different activities

A circle of friends and acquaintances of many ages

Many continued to work (in a new field, or staying with one employer, either full or part time). Some had established home based businesses or profitable hobbies

No –one had joined the ‘comparing operations’ club! (ie: spending significant amounts of time with their friends talking about their medications or other non uplifting topics!)

They had a purpose and passion.

They had a sense of humour

Let us know what you think!