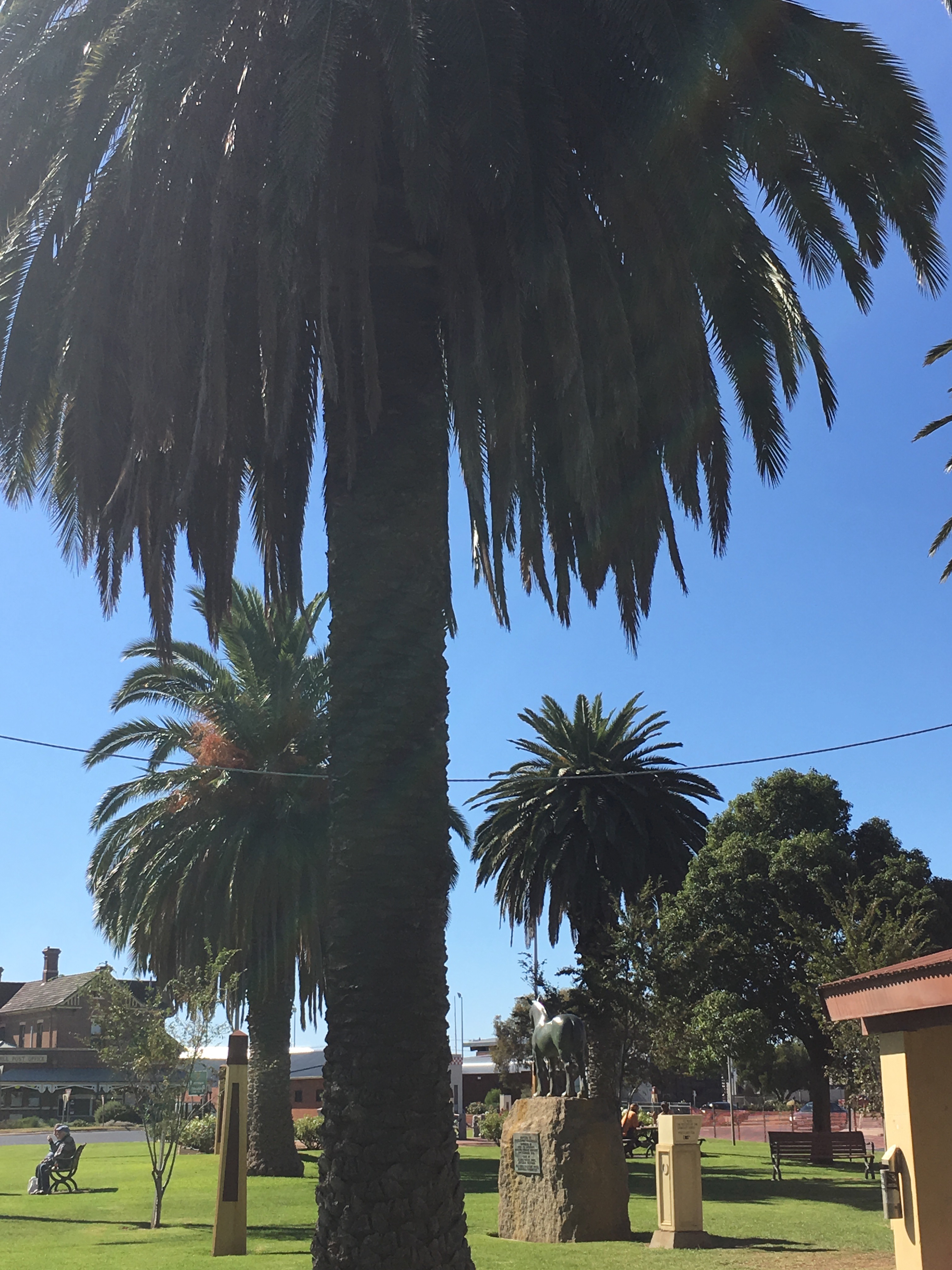 This town knows how to fundraise!  The community recently raised $300,000 to bring a restored Wirraway 722 plane from Tyabb on the Mornington Peninsula to the Nhill Aviation Heritage Centre.

The Nhill Aviation Heritage Centre is well worth a visit and is ‘a tribute to the 10,000 young men and women who trained at the Nhill aerodrome when it was an RAAF Base during World War 2’’.
The volunteers at the Centre are really friendly and knowledgeable.

The Age (Thursday 30th January 1941) reported:
NHILL
Under the Royal Australian Air Force development programme, the Nhlll unit is scheduled to be formed in July, and will have an ultimate establishment of 300 men. The Nhill school will be responsible for the final training of air observers, and will conduct courses over four week periods of navigation. The aerodrome is one of the best equipped in Australia for night flying.

Later in 1941, The Argus (Friday 6th June 1941) wrote:
RAAF STATION AT NHILL: CANBERRA, Thursday. — First contract for a new RAAF station at Nhill (V) has been let, and an immediate start will be made. The amount is £59,298, providing for timber-framed buildings to house personnel, and the contractor is Mr. S. J. Weir

The ‘Luv-A-Duck’ family owned Australian company employs many locals. In recent years the poultry producer  has employed many Karen refugees from Myanmar.

A great story: Wandering Victoria Street you come across a business called ‘Paw Po Products’, which sells many items made by the Karen women. They were taught to sew by locals (initiative of the Nhill Learning Centre) and now their shop has products to sell such as bags, clothing and aprons.

Yum! It’s worth a visit to the ‘Wimmera Bakery’ for delicious cakes, bread and pies to just name a few of their offerings.

Do you have an interesting story?  Let us know.