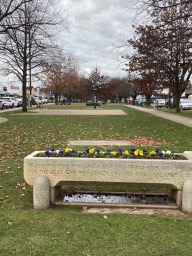 Popular as a tourist destination, the Victorian north eastern town of Mansfield is also proving to be a ‘lifestyle location’. This is not a secret to locals who have known about Mansfield’s lifestyle for many years.

The Man From Snowy River

The town came to prominence during (and after) the filming of ‘The Man From Snowy River’. The film was adapted from Banjo Paterson’s poem and had a cast including Jack Thompson, Tom Burlinson and Sigrid Thornton.

Locals were welcoming to the cast and crew. It would have been a great location for filming. At the end of each day, the crew were welcomed to the Star Theatre in High Street by Eddie Revell and family. The crew would then watch the day’s filming (or ‘rushes’) on the big screen.

The area was home to Taungurung people for thousands of years. European settlers first arrived in the 1830’s. Other inhabitants in the area, during the 1800’s were bushrangers Daniel “Mad Dog” Morgan, Harry Power and Ned Kelly.

Stringy Bark Creek, nearby, was the site of the shoot out between police and the Kelly Gang in 1878. Mansfield cemetery has the graves of the policeman killed: Sergeant Michael Kennedy and Constabbles Lonigan and Scanlon.

Cattlemen, agriculture, forestry and tourism have been features in Mansfield’s history. Tourism is a prime industry these days.

It’s around a 2.5 hour drive to Mansfield, north east of Melbourne. In winter the traffic along the road is likely to have a large contingent of people going skiiing at Mt Buller (or Mt Stirling). In warmer months Mansfield is abuzz with outdoor enthusiasts, including campers, fishers (including fly fishers), mountain bikers and hikers. Lake Eildon is not far away for boating, and the Delatite and Howqua Rivers are nearby for a refreshing swim.

Away from the tourists and natural attractions, what’s Mansfield like?

Some people have told me that it was a surprise to them how cold it can be in Winter. However, this is a town close to ski fields, so it shouldn’t be a surprise! Rug up and enjoy the crisp air and the ‘l’ word (lifestyle). On one of the days I visited, there was lady selling raffle tickets for a trailer load of wood in High Street. Many locals keep warm with wood heaters.

The town has a Mansfield Adult Continuing Education (MACE) centre, a Mansfield Musical & Dramatic Society (MMuDS). The ‘Made In Mansfield’ shop has interesting arts and crafts. There’s also a a football netball club and a sporting complex. The scenic golf club, with its bar and restaurant, is also popular with locals.

Hospital, aged care, medicos, activities for all ages – it’s worth a look. Restaurants, cafes and hotels cater for locals and visitors.

The Witches Brew has been there since 1972.

Why not look at the local newspaper, the Mansfield Courier to take a peek at local news, events and activities. Better still, go and visit Mansfield for a time.
The Visitor Information Centre has lots of information too (it’s not far from the entrance to the town).