Chat With A Barcaldine Local 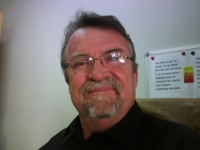 Douglas Stewart lives in Barcaldine, western Queensland. What’s it like living 1215 klms from Brisbane in a town where the summer temperature can reach 45C?

Where is Barcaldine?
Barcaldine is situated at the crossroads of the Landsborough and Capricorn Highways in the centre of Queensland. It is approximately 1215 kms from Brisbane, 580 kms from Rockhampton and 755kms from Mt Isa.

What are the main industries in Barcaldine?
The main industry in our regional council area is sheep and cattle production. Macropod harvesting, tourism and government infrastructure also playing an important role in our economy. We are also about to become one of the biggest coal producing regions in Australia.

Were you born there?
No.

Why do you like living in Barcaldine?
My long association with Barcaldine makes me feel as if I belong; the fact that I can walk down the street and know pretty much everyone I see is great. Residentially, Barcaldine is one of the best places in Queensland to live (number 9 in the Courier Mail poll of, residentially, great places to live in Queensland). We have a clean and friendly town which provides all of the major services and is relatively crime free. There is an extremely strong community, which bands together in times of crisis.

What is the cost of living like in Barcaldine?
The cost of living is pretty good considering our location to the nearest major city. In fact I find that things like dining out and coffee are far cheaper in the Barcy than the city.

What’s the climate like in Barcaldine?
Hot in summer (anything up to 45) and sometimes quite cold in winter (down as low as 1). We do sometimes get mild winters which appeal to the visitors.

Are there any drawbacks from living there?
The down grading and lack of consistent services in our medical in our town is a problem. We also desperately need an old people’s home so that the oldies don’t have to go to another town away from their roots. Some of the digital services could also be improved.

Do many people come to live in Barcaldine?
There is always someone coming to settle in the Town (real estate prices attain to this!!). We have grey nomads who have settled after holidaying here, South Africans and Zimbabweans who have emigrated to Barcy and young families who have settled here because of the fact that it is a great place to raise children.

Where would you take visitors to sight see
The Tree of Knowledge, the Australian Worker’s Heritage Centre, Roses and Things, Barcaldine and District Historical Museum, Tom Lockie’s Artesian Country Tour, the Masonic Lodge. There is far more to see and do than most people imagine.

(‘The tree of knowledge is a ghost gun, Eucalyptus Papuana, growing in the main street in Barcaldine. It is situated in front of the Railway station and is celebrates as being the central meeting place for the Shearers’ Strike during the upheaval in 1891.The Tree of Knowledge committee commemorates the 1892 struggle with a beautifully landscaped garden. The tree is said to be at least 170 years old.
The Tree of Knowledge was included in the National Heritage List on 26th January 2006. Sadly it was poisoned in 2006 and did not recover. However a memorial has been erected and was opened on 2nd May, 2009′.
Source: Barcaldine Regional Council).

Any favourite cafes / restaurants?
Not really. But we do grow the best beef in the world here so steak is a must.

When is a good time to visit.
From March to September is our busiest period with the weather being at its best.

Ed: It sounds like a friendly town that has a good community spirit. A place to visit!