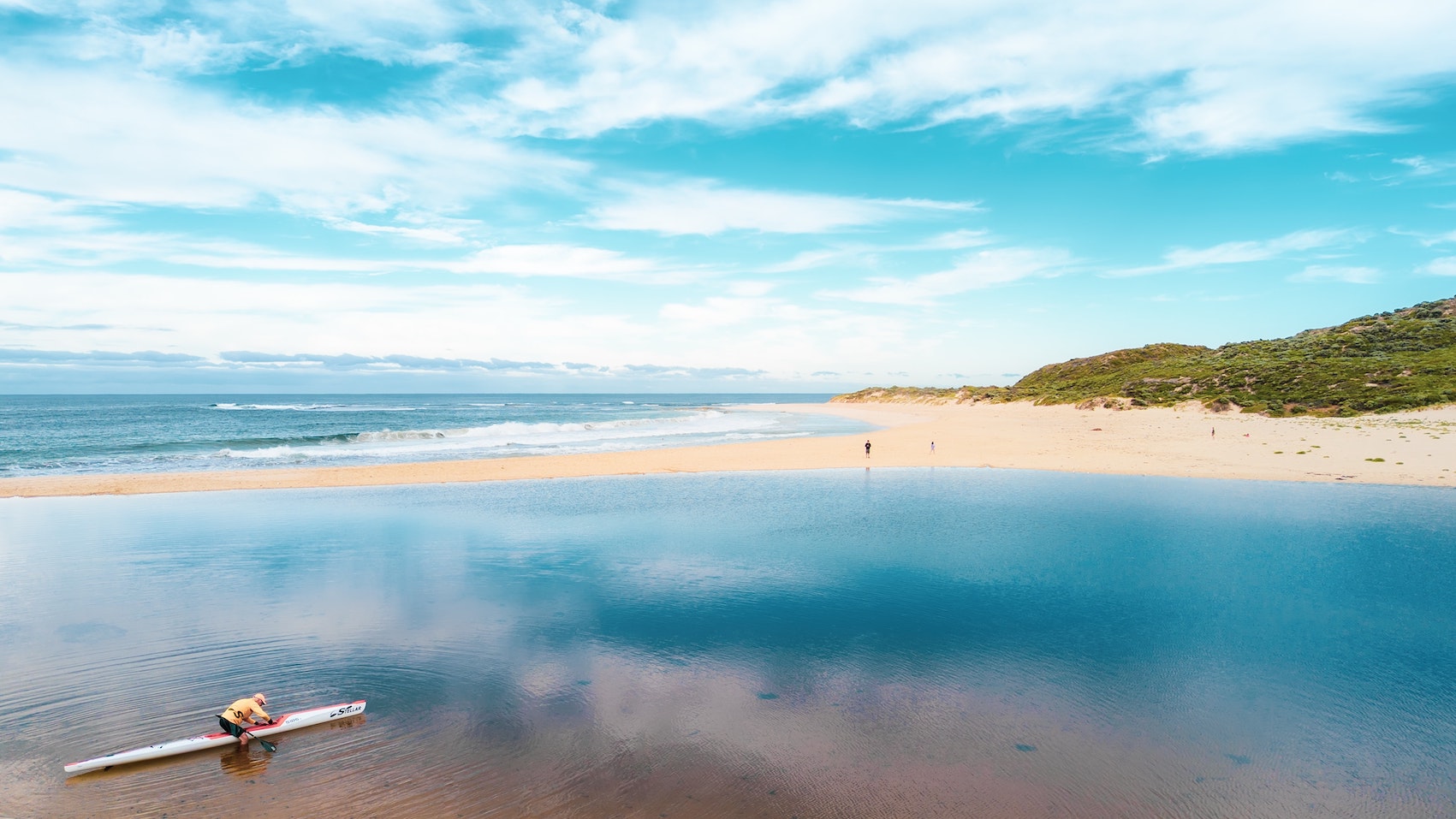 When researching places around Australia for editions of Where To Retire In Australia (and we continue to research lifestyle locations), there are many items on our lists. Yes, we actually go and visit places!

We actually speak to local people, look at the data, facilities and utilities – to name a few of the tasks on the ‘to do list’ for finding Australia’s best spots to retire.

‘Bribie’ has  long been a magnet for retirees wanting a more peaceful environment than some of the busier areas nearby. We’ve researched Bribie Island many times as one of Australia’s best spots to retire.

Located around 88 kilometres north of Brisbane, Bribie Island has picturesque coastal scenery, alluring beaches and a variety of wildlife.
Once you travel over the bridge you are on ‘Bribie time’.  It’s said that the bridge is the only bridge in Queensland that connects an island to the mainland.

Bribie Island has been, and continues to be, a popular retirement lifestyle destination for people from other states. In the 2016 ABS Census there was a population of 18,142, with 47.7% males and 52.% females. The median age was 59 years. The mean maximum temperature is around 25C.

Merimbula, on the Sapphire Coast of New South Wales, has also been on our radar for some time.  The name Merimbula (pronounced Mer-rim-bula, not Merim-bula as some visitors like to say) is said to mean two lakes, two waters or a big snake. With national parks and glorious beaches, those who like being in the great outdoors will be spoiled for choice.

Think of the Bass Coast and many people would mention the penguin parade and the Grand Prix circuit of Phillip Island.

However, the towns of Grantville, Inverloch, San Remo and Wonthaggi are also part of the Bass Coast. There’s plenty of surf, rolling hills, fishing and charming communities to explore.

It’s a popular area for tourists and the population grows (a lot!) during the summer season. It’s estimated that more than 3.5 million people visit the Bass coast each year.
The Bass Coast has a population of 32,804 and a median age of 50.
Males: 48.5%, females: 51.5%.

When we’ve been researching St Helens, on the east coast of Tasmania as a great spot to retire, we’ve met people who have moved from interstate. Some people have retired, others we have met have had a ‘seachange’ and found new jobs and businesses – and loved it.  One man told us that he ‘could lie on his couch and watch the whales go by’ – such was his love of his new property.

Apart from being away from the rat race, there is also the lure of sunshine – said to be over 300 days a year. Nearby Binalong Beach is an exquiste white sand. beach .
(‘Forget the Whitsundays, it’s all here!’).

The coastal area of Victor Harbor is 83  kilometres south of Adelaide (alright, some people say it’s a few kilometres more), and has been attracting retirees for years.  Some people reminisce about fabulous holidays they’ve had over the years and decide that this is the great retirement spot for them.

One of the GP’s told us that, in his opinion, the medical facilities were ‘excellent’ (is that an unbiased opinion!?).

There’s a lot to do in Victor Harbor, plus it’s not that far from Adelaide if you ever want a taste of a bigger city.

Just over 3 hours from Perth is Margaret River. Famed for its surfing, vineyards and wine makers, there is a lot more to this special area of Western Australia.

It’s also a creative area for many artists and has varied galleries to visit. There’s also interesting cafes and restaurants.

The climate is described as ‘Mediterranean with warm, dry summers and mild, wet winters’. It has a mean maximum temperature of 33.8C.

For nature lovers the tall timber forests and inland rivers will be sure to delight. For surfers this is a dream destination.

This area is also attracting new residents to retire, rewind and relax. You will notice from the 2016 ABS Census that there is a younger median age of 36 years.

Australia’s best spots to retire. There are many great spots, but careful research is required.