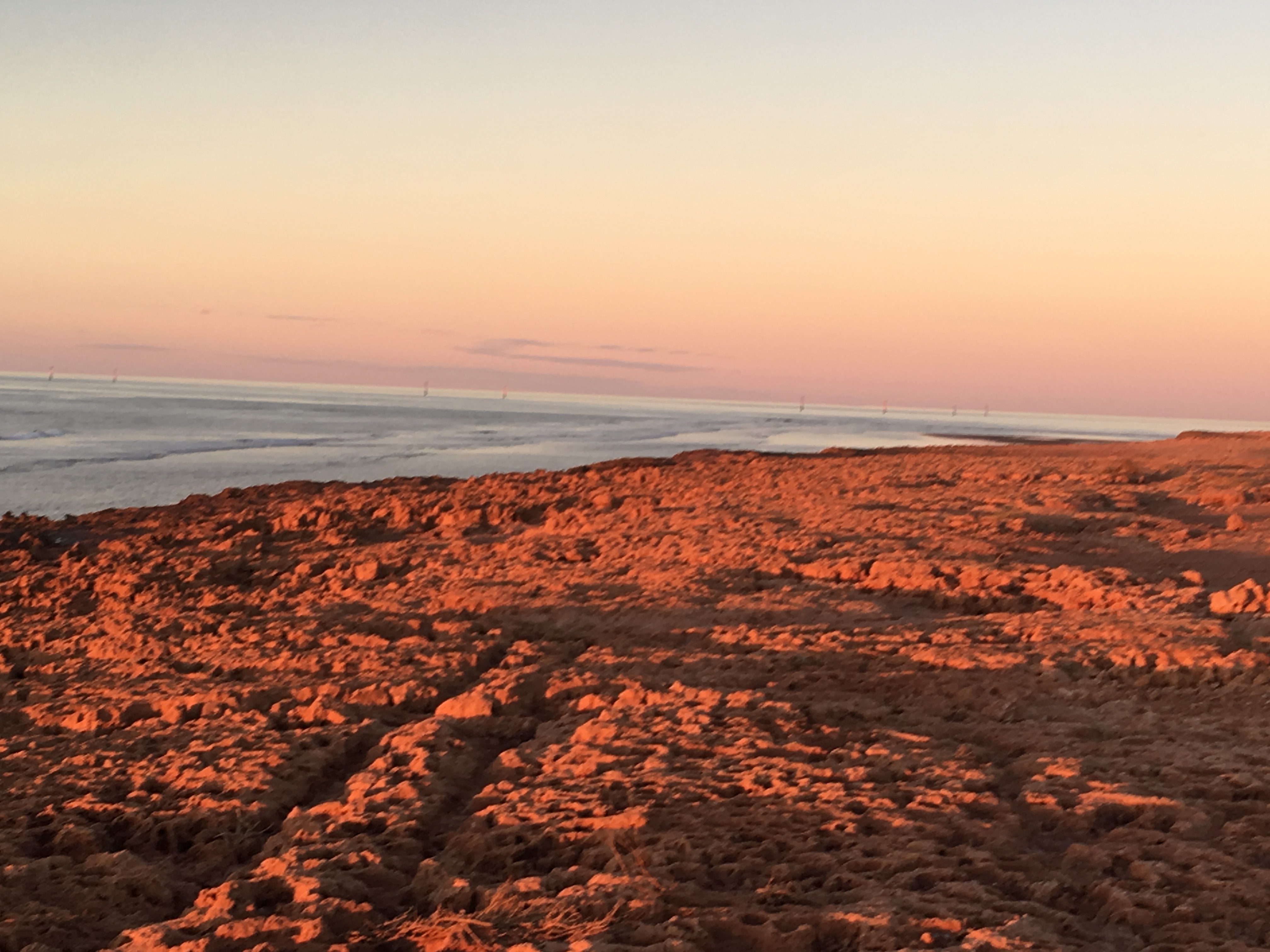 It’s not all mining and transport in Port Hedland. There’s history, culture and nature to explore. Artwork at the Spinfex Hill Studios is colourful and interesting. It’s a unique opportunity to see Aboriginal artists from several communities at work. The bird life is diverse, flatback turtles nest on the beach and a there’s a wide variety of fish.

In winter it is an interesting place for ‘grey nomads’ and other holiday makers to escape. It’s much warmer than southern Australia and offers much to see.

In WW2, the Japanese bombed Port Hedland, killing one person. The Japanese were on the lookout for a secret RAAF base. It remained a secret as it was not at Port Hedland, but located south-east at Corunna Downs.

The Pilbara Ports Authority claim that Port Hedland is ‘Australia’s largest export port by annual throughput’. It is the largest bulk minerals port in the world. The main export is iron ore.

It’s fascinating to watch the ships being loaded in the port. There’s many that wait their turn a few kilometres off the coast.

The winter months are also a good time to visit Marble Bar, located around two hours from Port Hedland. The town temperature gauge showed 23.6C the day we visited – a relief to their summer temperatures in the 40’s.

It really is a warm winter welcome!

You can read more below by clicking on the link