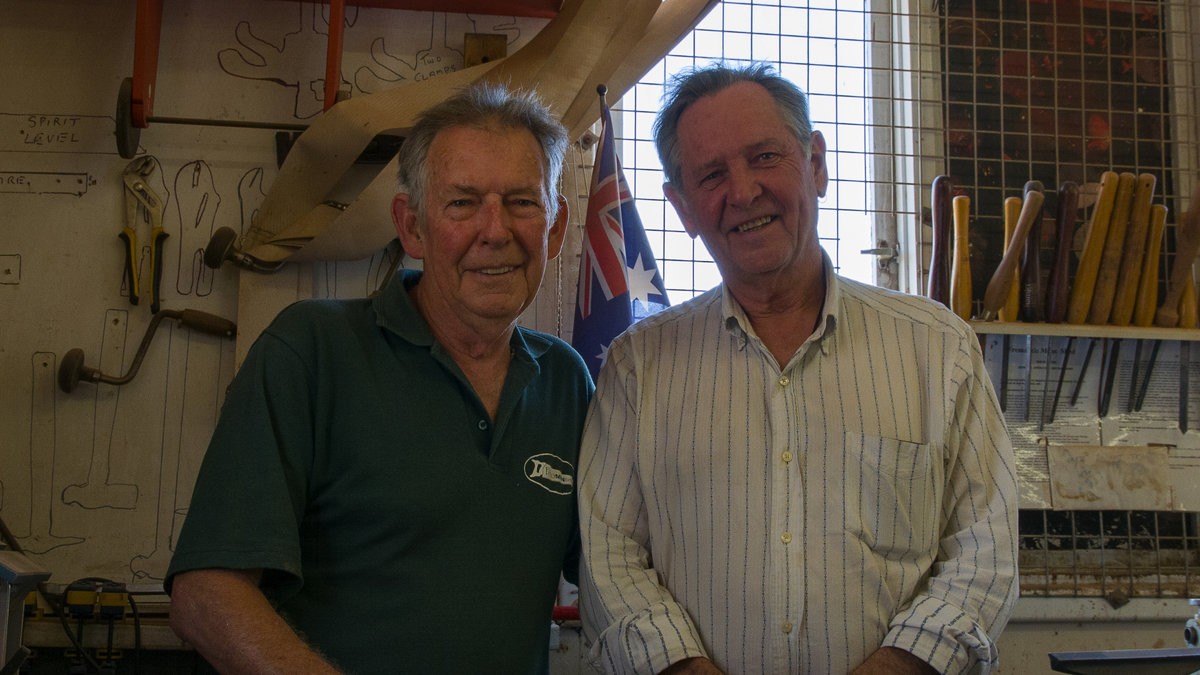 Coming from a career as a Primary School Teacher, Deputy Principal, and then as a partner of an educational professional development company you would not be wrong in thinking that Bill Johnstone is capable of organising, implementing and delivering projects. Since ‘retiring’ one such project has been the Fremantle Men’s Shed.

What did you do in the first six months when you retired?
Took a campervan holiday. Then on my return volunteered to further develop the Men’s Shed movement as the West Australian Men’s Shed Association (WAMSA) Promotions Officer.  Spent 2 years travelling to communities to help them set up a committee to start a Community Men’s Shed.

How did you approach retirement?
I worked towards it by reducing my time at school. I felt that transition to retirement needs to be planned and always have things ahead of you you’d like to do.

Did you know about Men’s Sheds before you retired?
Yes… I had already coordinated, with my close friend Alan Gowland, the establishment of the Freo Men’s Shed and convened a group to establish WAMSA and assisted other communities in WA develop a Shed

Bill was travelling when he stopped in Nambucca (New South Wales)…he saw how their Men’s Shed was operating and also working with disenfranchised youth. Previously he was the recipient of a National Award for Excellence in Education and received a research grant to find ways to engage challenged youth.  ‘Stumbling on the Nambucca Shed was a game changer. We have been able to help lots of young guys rethink their options and move into construction etc. and it started with that visit to Nambucca’.

How long did it take to establish the Fremantle Men’s Shed?
After sharing the idea with my best mate Alan Gowland (He is a carpenter/ builder), we set about getting a public meeting.
It took 6 months of chit chat with a group of about 12 local guys before we found a building we could use for a Shed.

Did you know  that it’s not just older men that visit the Men’s Shed? Bill says that males from 9 to 91 years visit! There are also ‘Fly In Fly Out’ (FIFO) workers that visit too, as well as younger males who have casual work. As there are lots of units and flats in the area (few with sheds)it’s a great asset to Fremantle.  They have 220 members.

Do you have any happy stories about people joining/being involved?

Many.. Many… I can think of one guy who moved to Freo from the outer suburbs after his wife passed away. Had sold up the house etc. and isolation arriving in a new area was getting to him.
He found the Shed and is an attendee most days. He confided that without the Shed he just probably wouldn’t have made it. But now he is in there helping others assimilate into the Shed environment.

Bill has another story from his close mate:   ‘Al Gowland .. who was my partner in crime establishing the Freo Men’s Shed and sharing the Shed story with many other communities;
‘Freo Men’s Shed is the first metro shed. We had great skill sets from new members including computer guys. So we set up 3 computers, which were Grumpy 1, 2 and 3, all with fast internet speed. One of our computer nerd members taught First Click and Introduction Course for Beginners. This was really popular, with a waiting list to enrol. Our teacher, Rob was very good at teaching at this level. Most members wrote all instructions on a notebook, and were eager to embrace this new technology. Being taught slowly and methodically, was what our members needed’.
Age groups varied from  40 to 80 years old. This was so funny by watching what was happening.  Men were so keen to learn about cyber space, googling, search engines, and etc. To some, this was the only way to keep in contact with family members via email. They learnt how to switch the computer on, and to shut it down. Open a file, word document, type a letter, add a photo, google information, the weather, news, google earth, and so many wonderful things at their fingertips. They welcomed this opportunity. When they first started, it was so special to hear and see their faces when learning about a “mouse”. Right click, left click, and minimising ‘windows’.
People’s hunger for learning and change, fills my heart. Reminds me of when Eddie joined the shed, spritely 78 years old, crippled legs, walked with crutches, chirpy as a bird, and bright as a button. So keen to learn how to use the computer! He would turn up every week, and I would help him to his computer, always grumpy 3 as he thought it knew him. \
One day, he forgot some of his previous learning. I helped him open a word document, chose the font size, and asked him if he wanted me to save the document for him, when he finished. He said “No. I will write the same letter next week”. I do this every week. How quaint!”

We asked Bill what he thought are the benefits of Men’s Sheds?
BELONGING   Sheds build a sense of being part of something worthwhile, They link men and women to others in the community and through the shed, friendships based on common interest evolve.
Isolation is a real health and wellbeing challenge. I can’t think of a better salve for this than Community Men’s Sheds.

The Shed also runs a lot of health awareness sessions as organisations, eg: Prostrate Cancer Association, Beyond Blue, Eye Care…there are heaps that all offer to come and chat with a group.

A great health awareness session is “Spanner In The Works” (Google it) This gets guys interested in their health. The well-being aspect of being in the Shed is men talk in the comfortable environment of a Shed and are able to get support from others who maybe have had the same challenges.
We also try to watch each other’s back .. if someone is out of sorts or not coming or sullen we have guys around to pick up the vibe… that’s getting harder with 220 members now on the books

And what are ‘She Sheds’?
After a significant amount of lobbying from women around Freo we decided to open the Shed up for a Women’s night.

We were inundated and up to 25 females regularly attend on Thursday nights.

Rob Chapman.. Shed Vice President and ex Manual Arts Teacher is the volunteer supervisor of these. (He thinks it’s his charm and personality that makes the night so popular!

The girls dubbed it the “She Shed”. They pay an annual users fee.  Additionally we have mixed gender sessions Tuesday nights and Sundays. So the girls can come all those sessions.. and some do

My definition of retirement?
A window that allows choice– to work on your bucket list and have the time to do it.
Retirement is a rich tapestry opportunity!

And…Fremantle is definitely worth a visit!

2 thought on “A Rich Tapestry Opportunity: A Success Story!”