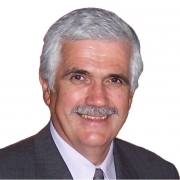 Tell us about your career
I have a graphic design and computer training background and was a Senior Lecturer at Swinburne University before starting my own business 20 years ago. I have also worked as a consultant in digital imaging and training at The Age Newspaper and Monash University.

Do you still work in a business?
I’m currently a Director of Electronic Studio Pty Ltd, a desktop publishing and IT Training consultancy located in Blackburn, Victoria

How long have you been a Rotarian?
I joined the Rotary Club of Box Hill Central in July 2001 and have served as the Community Service Director and was club President in 2006-07.

How did Operation Cleft start?
Operation Cleft started out from an idea of one of our club members, Colin Macfarlane who observed untreated clefts in a hospital in Dhaka. Colin was visiting Bangladesh as a financial supporter of an Interplast program through the Glencoe Foundation, a fund he set up to undertake humanitarian work throughout the world. In August 2005, Colin presented the idea of funding cleft operations for disadvantaged children in the Asia region to the Club’s Board and it was decided to run a pilot project to fund 60 operations within the club.

With the success of this pilot, a partnership between the Glencoe Foundation and the RC of Box Hill Central was established and the project continued under this arrangement until recently. The Glencoe Foundation has DGR (Deductible Gift Recipient) status that enabled Operation Cleft to offer tax deductibility for donations over $2. In 2007 it was decided to form an independent foundation for the project and in May 2008 the Operation Cleft Australia Foundation with its own DGR status was launched.

What have been some of the challenges?
The biggest challenge was to take the idea of a very caring, entrepreneurial Rotarian and bring this into the structure of a Rotary Club. Working in third world countries also present some unique challenges.

How much time do you spend working on Operation Cleft?
Up to a few weeks ago I was spending up to 20 hours per week on Operation Cleft while the project was been established. Now that all the set up of the Operation Cleft Australia Foundation is complete a more reasonable time commitment is anticipated.

Do the men work on their own projects, or community projects?
The Whitehorse Mens Shed creates opportunities for men to rediscover previous or learn new skills and knowledge. The program is targeted to retired men, over the age of 55, they may be on a pension, restricted in access to social activities, recovering from hospitalisation, have a disability or be the primary carer for partners or family members. Projects can be either personal or be completed for the local community. In 2007 the Mens Shed constructed a number of food parcel bins for the Eastern Emergency Relief Network that were placed in shopping centres in the weeks before Christmas.

What do you see as the main benefit(s) of Mens Sheds?
The program is designed to bring together men with similar interests while undertaking activities such as Woodworking, Gardening, Socialising, Computers, Recycling and Sustainability, Mentoring, Day Trips etc. The Men’s Shed gives a sense of belonging in a very caring sharing environment.

What feedback have you had from participants?
You only have to visit the Men’s Shed on any Tuesday or Thursday to see how successful it is for the participants (and the volunteers) who take part in the program

And….‘where 2 now’ for you?
Like all couples that have reached 60, Sue and I are looking at our options in the coming years. We plan to continue in the business until at least June 2011 and we will continue to be involved in Rotary. Personally I am working hard at my next “career” as a landscape artist specialising in pastels – but that’s another story………………

For more information about Operation Cleft

The Whitehorse Men’s Shed is here